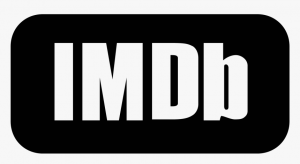 Halic Goldenhorn Film Fest & Market, The five-day mega event in the largest consumer of cinematic content, equipment, resources and biggest producer of Content, Turkey, brings together Content Sellers, Buyers, Producers, Directors Financiers and Governments on a single platform. We invite you to participate and find your own resources, connect with professionals, companies, Funds that you need. The Halic Goldenhorn Film Fest & Market, shall have Location Managers, Tourism Boards, acquisition and development executives, agents, attorneys, directors, distributors, Over-the-top media services platforms, festival directors, financiers, film commissioners, producers, writers, film funds, film institutes, studios, the world’s press and all those who provide services to the motion picture and television industry. The event is being supported by the General Directorate of Cinema of Turkey, the apex body of all film making associations-organizations

We are opening a new medium for the cinema industry. "FILM MARKET". Turkey's film industry, the world's leading equipment manufacturers, leasing companies, suppliers, producer companies, directors, academics and film students, film and with experienced filmmakers with new projects, financiers, participants will be here to present their film projects to the film commission.

Haliç Goldenhorn film fest & market, representatives of World cinemas Hollywood, Bollywood, European and Asian Cinema, TV channels, regional and world cinemas come together for a week due to its geographical location. In this cinematic medium, it will be a festival & Film market where they can not give up by cooperating with the world cinema representatives.

The first edition of The Haliç Goldenhorn Film Market aims to trade US $ 3 million. Joining means you have a valid reason

The theme this year is VARIETY! We'll program a bit of everything in our "first" year! As we grow, and with more eyes than ever looking at our screens, we really want your best Drama, Comedy, Genres, Documentary, Experimental, Web / Series, Animated and Student films! We are also proud to say that we have reached representatives of Hollywood, Bollywood, European and Asian Cinema countries so there is always a place for international films as well!

Haliç Goldenhorn Film Festival and Bazaar offers an application discount for films whose original language is Turkish. Yes, for Turkish movies, If your movie is in its original language, please contact us before shipping; we will offer you a discount code that will apply to both Haliç Goldenhorn Film Festival screenings and the Film Market. Contact us directly for the code.

We are a festival that is very proud of screening films made by all filmmakers, regardless of gender or race. Everyone has a chance, and our programming jury is actively looking for films with subjects suitable for world cinema.

MARKET
We are proud to present the Film Market for the first year, which is the last weekend of the festival and includes Industry Development events, quality networking, sales talks and more! nearly 50 countries will participate. You should too!

OUR CITY
The cinema world loves our city and has hosted many world stars. Istanbul, Turkey, an important destination for film and television productions. The birth of Turkish cinema Yeşilçam took place in this city. Directors love the "everywhere" look of the city and people love to see it on screen! If you want to shoot in our big city, you will have the opportunity to meet people who run the festival office!

Filmmakers and directors from all over the world choose Halic Goldenhorn Film Festival & market as a necessary stop. We want you to be a part of this growing scene! See you in Haliç Goldenhorn in December!

Judged by four eminent International Film Juries (Narrative Feature, Short, Documentary, National, Foreign), Film Critics and participating film festival delegates, the Awards shall be announced at ​a glittering award ceremony by some of the best known names of Turkey and World Cinemas.

OBJECTIVES
Haliç Goldenhorn is an international film festival. Its specific objective is to promote and support the development of the cinematic art globally. Its goal is to act as a point of convergence for the national and International Cinema industries. The spirit of the Festival is the one of discovery which strives to turn a catalyst for the development of the Cinematic art globally, particularly through its market segments, Haliç Goldenhorn Film Bazaar, Seminars, Master Classes, Panel Discussions etc.

Article 2
Festival screening format is DCP. Other formats only upon request, depending on the theatre.

Article 3
Once the film has been selected and the Invitation to participate at the Festival is accepted, the film cannot be withdrawn from the Festival Programme. Any withdrawal of film post selection and communication of the same to the Entrant shall be liable to pay damages to the Festival.

Article 4
All films must be presented in their original language and, where this language is other than Turkish, DCP or the screening format of the film must be subtitled in English and Turkish (if not otherwise specified). Subtitling expenses are to be met by the Participant.

Article 6
All submissions must include: Duly filled online/offline Entry Form. Encrypted Vimeo/YouTube link or a DVD/Blue Ray valid up to 15 days before the uploaded/couriered screening of the movie (if the movie's original language is different from English, the Festival requires on-screen English subtitles).
Submissions can also be sent by mail, containing a copy of duly completed Entry Form and the screener DVD/Blue Ray (All Region), labelled with the film's title, director's name, and language of subtitles. Submissions must be sent fully pre-paid to the address as indicated on the Entry Form plus specifying the Festival programme that you are applying for. The Festival reserves the right to refuse any shipment entailing additional costs.

6a. For films selected to be screened at the Festival, these materials must also be sent by email only:
Photograph of the Director (Jpeg)
Director’s Biography and Filmography (200 word file)
One or more stills from the film (Jpeg high resolution files)
Dialogue or Spotting Sheet/List in English (SRT Files by email)
Film Clips / Trailer (Links or DVDs or Blue Rays)
Poster of the Film (Jpeg- soft copy) only
CBFC certification, if available (for Turkey films only)

Article 7
The Festival may use all materials cited in Article 6 for promotional purposes and to compile the Festival Catalogue (web and printed copies both). The Festival bears no responsibility for published inaccuracies originating in submitted materials.

Article 8
During the Festival, selected films will be available in the Digital Video Library, open exclusively to designated Film Bazaar professionals and journalists.
By accepting to be part of the Festival, Participants grant permission for their film to be included in the Video Library unless other arrangements have been made with the Festival.

Article 9
All prints of selected films must arrive in Festival and must be made available for the entire festival period, unless otherwise agreed. It is obligatory for the Participant to follow the Festival's shipping instructions (to be sent to film producer, director or another film representative along with the letter of acceptance of the film).
The Festival will cover one-way shipping costs for all selected films, unless otherwise agreed. The Festival will be responsible for customs clearance in Istanbul, Turkey.
All prints will be returned within four weeks following the Festival’s closing date. As far as possible, the Festival will respect the wishes of Participants concerning return shipment of their film. Where print is to be returned to an address different to that of the sender, this must to be clearly noted along with the desired date of arrival at the return address.
The insurance of film print goes into effect the moment the film is received by DHL or another courier agent in Istanbul. The insurance remains in effect until the film is re-shipped. Unless otherwise arranged, in the event of damage or loss of the screening copy during the Festival, the Festival is only responsible for the cost of producing a new screening copy based on current standard laboratory rates.
Damage to the film print must be reported to the Festival in writing within one month following the return of the print and prior to the film's next screening. Any claims will be judged by the reported state of the print.
.
Article 10
International Jury for all International Competitive sections will be comprised of prominent representatives of culture, film theory, criticism as well as filmmakers and producers. Three international and oneTurk jury will be appointed as under:
International Competition - Feature Films
International Competition - Short Films
International Competition - Documentary Films
Turkey Competition - Turkey Feature Films
Turkey Competition - Short Films
Turkey Competition - Documentary Films

The Awards:
The following are the awards at the Festival. Additionally, the Festival delegates will vote for the Viewers’ Choice Awards and designated Accredited Film Critics for ‘Critics Choice Awards’ in all the above-mentioned competitive sections.

Article 12
Award winners are expected to attend the Festival Closing Ceremony to be held Award winners are obliged to mention the award as announced, nationally as well as internationally, in all publicity and promotional material and attend the ceremony in person and not by representation.

Article 13
The invitation sent for each film in Competition sections selected by the Festival must remain strictly confidential between the Festival Management and the Participant until the Festival decides to make an official announcement in this regard.

Article 3
The cast and crew members of the selected film present at the Festival are obliged to promote the film through participating at official press conference, photo call, introduction prior to the film's screening and interviews with selected Halic Goldenhorn International Film Festival partners as conveyed by the Festival.

Article 4
Films that have not been exhibited on the Internet/ VOD are not eligible for submissions.
Films that were not screened on television in the countries outside their country of origin are eligible.